The information on this website is provided for convenience purposes only.  Every effort has been made to provide accurate information, however, the City reserves the right to provide updated or revised information to correct any inaccuracies.

official copy. If you require an official copy of any documents, please contact the Clerk-Treasurer's office at 920-398-3031.

Looking for a specific person at the City of Markesan?  Click on the "Contact Us" link above for a directory of City personnel. ﻿

The City of Markesan operates under the laws of the State of Wisconsin as a city.  It is operated by a part-time Mayor-Alderperson form of government.  The Mayor and six Alderpeople, collectively the Common Council, are elected by the residents of the City on a non-partisan ballot.  The City is divided into three wards, with two Alderpeople elected from each ward, and only residents of that ward voting for their respective Alderperson.  The Mayor is elected by residents of the City as a whole.  Alderpeople are elected to staggered two-year terms, with one alderperson from each ward being elected each year.  The Mayor is elected to a two-year term, in odd-numbered years.

The Common Council, as elected representatives of the people, adopt all ordinances (laws) and resolutions for the City.  They also determine general goals and policies, and supervise the management of all City departments. For more details regarding Common Council responsibilities, please see Chapter 23 of the Markesan Code of Ordinances. 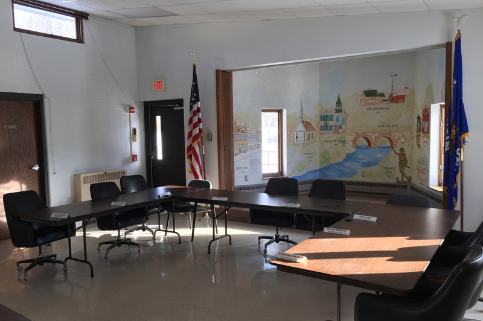 Committee meetings are typically held monthly, on the Tuesday or Thursday prior to the Council meetings.  Actual dates and times may vary.  Please go to the Calendar on our home page to view upcoming meetings. For more information about the responsibilities of each Committee, see Chapter 23-5 of the Markesan Code of Ordinances.